In this short post, I would like to show how we can improve the separation of concerns using the Service Layer pattern within the Model View Template approach.

MVT is an application-building pattern, commonly used in frameworks like Flask (but also Django). It consists of three separated components: 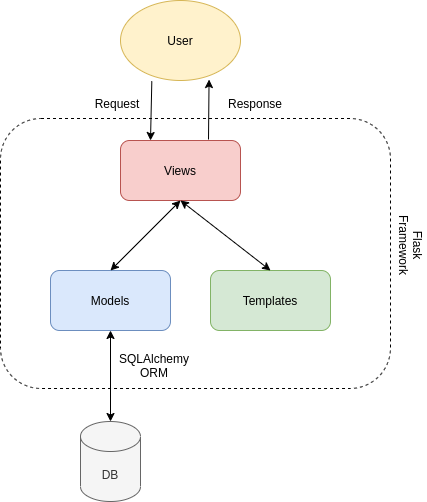 Push your framework outside application logic

A solution that can ease the first two of the three mentioned smells is an introduction of a service layer (it can be a class but also a standalone function, depending on the specific case). It can decouple application logic from a framework we use (application features/use cases become agnostic of framework code). The view is now responsible for handling requests and executing service layer methods/functions, while application logic is now only a concern of a service layer. It allows us to focus on the application core at first, and implement API that enables entry to it afterward. Thanks to the separation, API does not necessarily need to be API supporting rendered templates but it can be CLI (Command Line Interface), REST API, GraphQL API, RPC, etc. The decision about API (and framework) can be deferred, but we still can develop our application features. API and application logic separation could also improve our tests. We could now write tests of the application core, covering logical paths extensively, while covering only the happy path for the API part. 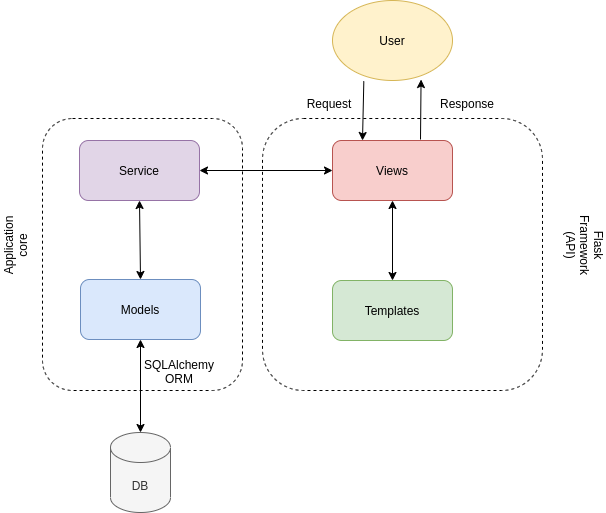 This solution is not a silver bullet of course. We should consider it when our view endpoints are large and not trivial, and writing clean, readable code is challenging.